I have a friend that farms in Leachville. I'm waiting for him to text me to ask if tomorrow is the start of the drought. I may have to answer, yes. We are seeing a pattern change over the next few days. Let's take a look at some upper level maps that show us what the pattern will be over the next week. First, let's look at what we have today: 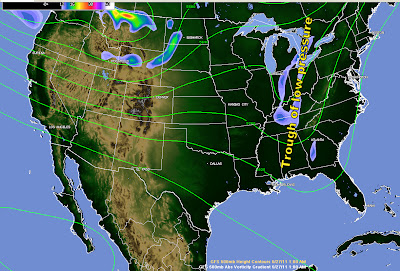 Right now, a trough of low pressure is causing clouds and showers in the Eastern part of the USA and a disturbance moving through the northern parts of the US has showers and storm. We run the risk of seeing a few storms late today and tonight as the disturbance passes north of us, but the pattern is changing! By Sunday we start seeing the Ridge building in: 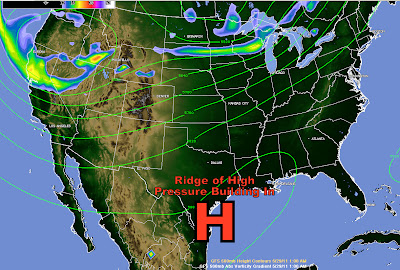 A dome of high pressure in Mexico starts nudging NE, which will start to raise our temperatures as the air compresses. Compressed air heats up! On to Memorial Day: 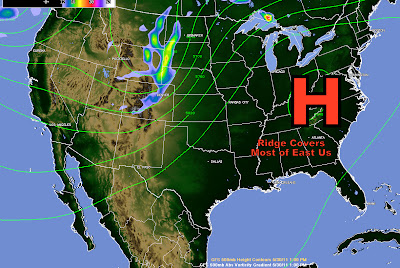 The large area of high pressure is over the Eastern US and keeping a large part of the area dry and hot. In fact, take a look at the temperatures across the country for Memorial Day at 1PM (click to enlarge): 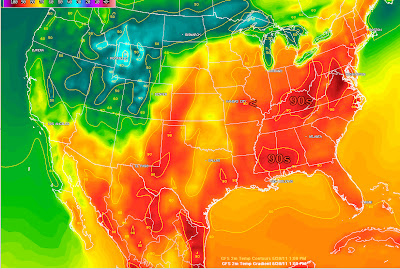 We could easily be in the 90s for several afternoons next week. As we go toward the end of May, look how the ridge is still hanging out: 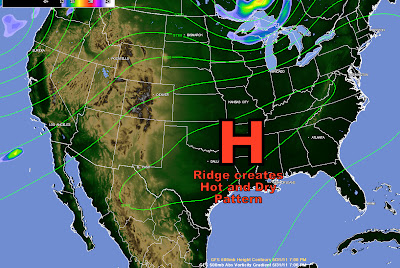 As we transition to summer, keep in mind that a pop up storm is possible each afternoon somewhere. Here's my point though, the summer pattern starts tomorrow and there is no sign of it letting go for several days.