I woke up this morning to several tweets about hail falling in parts of Region 8 last night. Lately, I have been getting up really early and hitting the gym. Today, I chose to sleep in and work out later today. It felt good to sleep in, but to awake to hail storms (that were not in the forecast) was not cool. Here are some pics that came from last night from Ben Wright and Russell Hall: 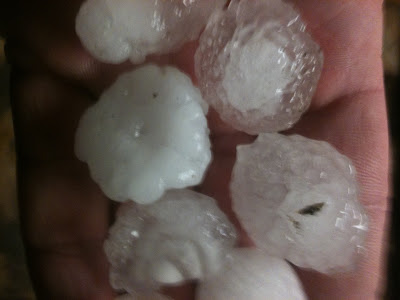 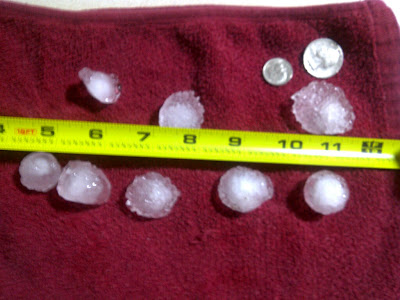 As you can see, this was NOT small hail. This was severe hail that likely caused damage to some rooftops and cars. I'm sure my insurance friends are not happy about that this morning.

Last night, I mentioned this disturbance, but I thought it would stay south and would not be too strong. Here is a screen capture of me saying it would slide south of us last night: 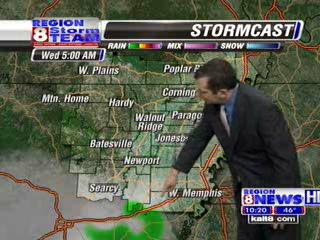 I should have known better. In fact, Sarah and I write forecast discussions to each other and I mentioned the big jump in elevated instability, but still did not buy into the idea of strong storms... especially as far north as they were. Here's a glance at the late night data. It was even more impressed with the chance of severe weather and it had the timing nailed: 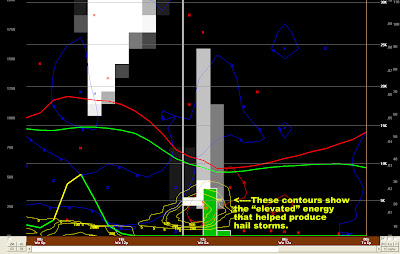 I should have given more weight to this data, but the past is now the past. Here are some Satellite and Radar images that show how it evolved and did not stay south of us! In fact, the strongest storm went right through Region 8! 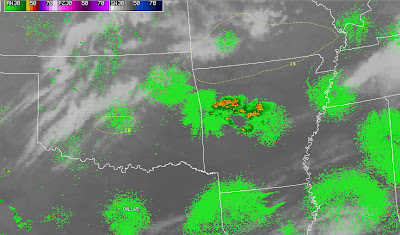 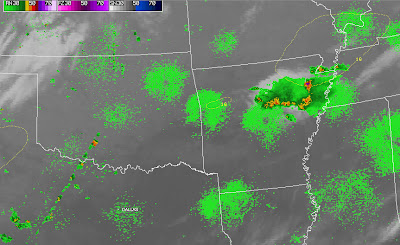 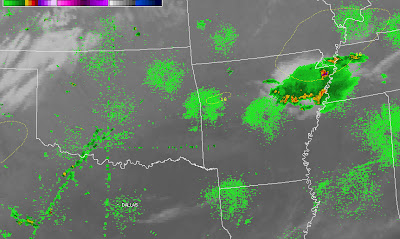 We're bright and sunny now and the disturbance is gone. Let's enjoy the day.