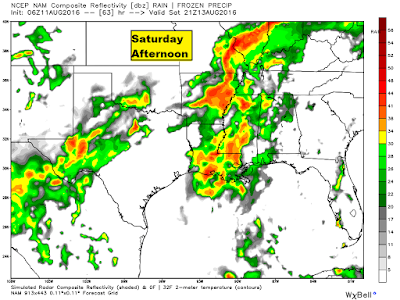 Are you needing some rain? If so, the pattern is going to be in your favor over the next week or so. Here are my thoughts on the upcoming weekend and the first week of school:


So, let's dig into some data. Euro and GFS models are agreeing on the wetter pattern. They are also agreeing on the placement of the heaviest rainfall. The Euro has higher rainfall amounts: 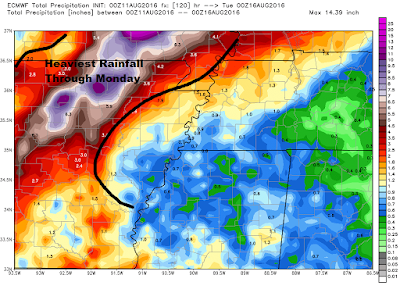 The GFS has lower rainfall amounts overall, but still A LOT of similarities in the overall outcome. If this pattern plays out like the GFS and Euro are showing, some areas will be DRIER (or less wet) than others. Less wet counties include Mississippi, Poinsett, Cross, and Crittenden counties. Everywhere else seem to be wetter. Here's the GFS: 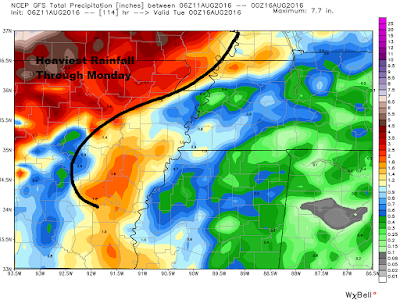 Here's the deal... A lot of you have been asking me about outdoor plans this weekend. It's going to rain. I don't think it will rain ALL day, but in the locations above that are showing higher rainfall amounts, the likelihood of being impacted by rain is greater. This includes Lake Norfork and the Spring River.

Take care and have a great end to the week! -Ryan
Posted By: Ryan Vaughan at 8:40 AM

The ground at our house in Harrisburg is like concrete, and our watering hasn't been like a good old God given rain. Thank God for rain to come. We can live without a lot of things, but we wouldn't last very long without water.

This Low pressure area that's heading up this way looks like it could have grown into a tropical storm or depression if it had had a few more days to sit out in the Gulf and stew awhile longer. Just saying,I'm a retired Nurse by trade, not a Meteorologist. Anyways, just thankful for the rainfall to come.