BOOM, It's A Girl! Weather Helps Spread The Good News!

Shortly after 3:30 this afternoon, I received messages, tweets, and Facebook mentions asking about a loud "boom". Some thought it was thunder, some thought it was a transformer, someone even made a connection to a train incident. I checked for lightning, an earthquake, a wreck, and power outages. I found nothing! I concluded that it MIGHT have been a sonic boom from a military aircraft. I still questioned that theory because the weather conditions were not great for flying. This evening I found the answer! It was a baby gender reveal! CONGRATS! IT'S A GIRL! Tannerite style!

But, why was it so loud? Why was it heard in 4 counties? SCIENCE! 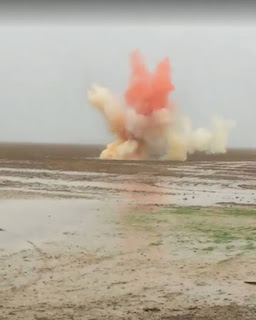 Today, we had a strong temperature inversion. This means that we had warmer air aloft. To be more precise, the air started getting warmer @ 900'. Below is a forecast sounding for 3:00 this afternoon in Jonesboro to show the temperature profile of the atmosphere. The red line is the temperature. Notice how the atmosphere is warmer at 900'. This put a "cap" on the sound waves and allowed them to carry for miles! This fun baby gender reveal was heard in at least 4 counties! 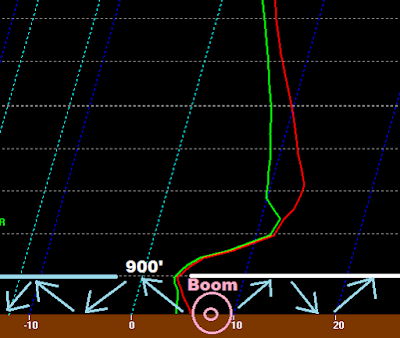 In a more normal atmospheric setup, the soudnwaves would not carry as far because they would go up and not bounce back to the earth: 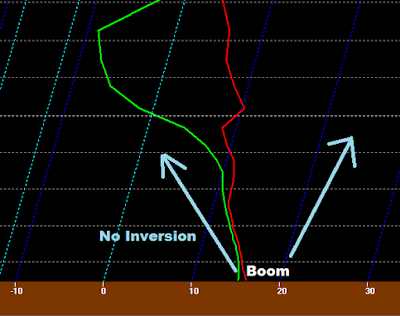 This will be a cool story for their daughter one day! As someone on Twitter said, "GO BIG, OR GO HOME!"

Thanks, I love science and you do it well.