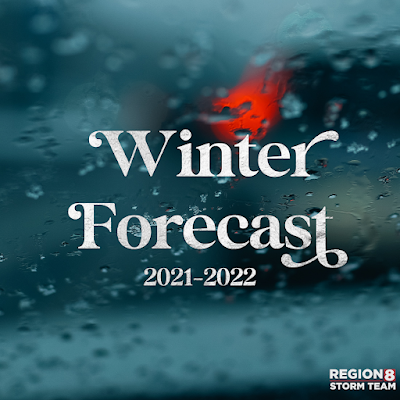 94-year-old Donald Waterworth has been taking weather observation in Pocahontas for decades. As I was researching similar winters of the past, I came across some of his weather logs. I was happy to hear that he is still recording the weather conditions for Pocahontas today! He's a huge asset to Region 8 weather and his work will go on forever! According to the National Weather Service, the Pocahontas weather station is one of the longest running weather stations in the state! I'll have to ask Mr. Waterworth one day when he took over the reports. The National Weather Service in Little Rock has the first report from Pocahontas 1871! Here it is: 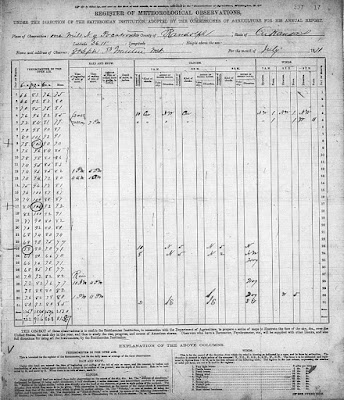 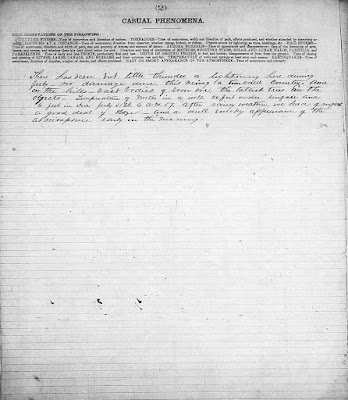 The reason I was looking through the old Pocahontas weather logs was to look back at the 2000/2001 and 2008/2009 winters. As some of you know, I look back at the winters that had similar patterns to what we have now in order to forecast the upcoming season. With the exception of a couple of years, this technique has worked really well for me in the past! So, with that said, let's look back at the winter of 2000/2001 in Pocahontas. The highlighted areas are just random things I noted while researching. First, let's look at December of 2000 in Pocahontas: 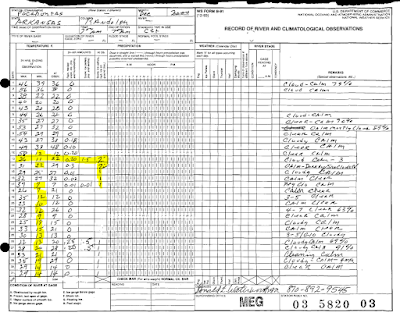 The first thing I noticed about December of 2020 is that there was some COLD air! We had some overnight lows in the single digits and several nights in the teens! There was also a 2" snowfall recorded by Mr. Waterworth on December 13th. To compare what was happening across all of Region 8, I also pulled the climate log from Jonesboro that month: 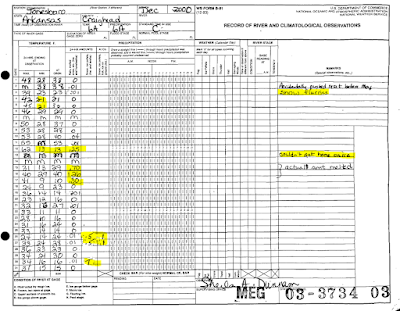 A couple of notes from the Jonesboro log show that while it was snowing in Pocahontas, it was ICE in Jonesboro. In fact, the weather observer made a notation that they could not drive home on the ice! Notice in both Pocahontas and Jonesboro, there was also a little 1" snow at the end of the month that stuck around for awhile because it was so cold!
Now, let's take a quick look at January of 2001. In both Pocahontas and Jonesboro, the year started VERY cold and we had some some small wintry events through the month. First, here's Pocahontas: 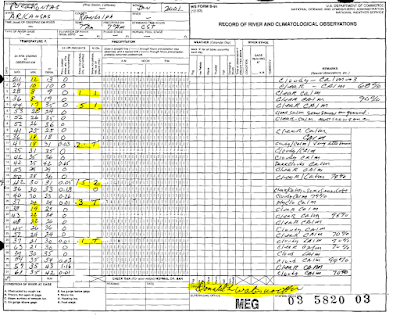 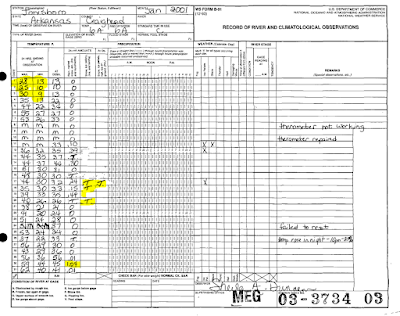 The most notable thing in February was heavy rain. Temperatures started to rebound, but we had some heavy rain. Notice, almost 4" of rain fell in 48 hours in Pocahontas: 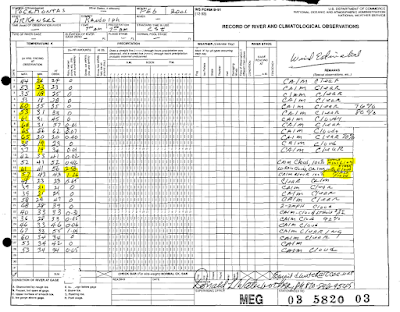 And in Jonesboro, you can see the heavy rain fell and the observer noted that there was "flooding": 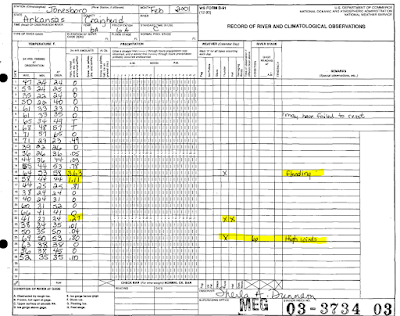 For fun, I also pulled the climate log from Black Rock in February of 2001 to get the reports about the Black River. With the heavy rain, the Black River rose to over 18' there, which is just some minor flooding: 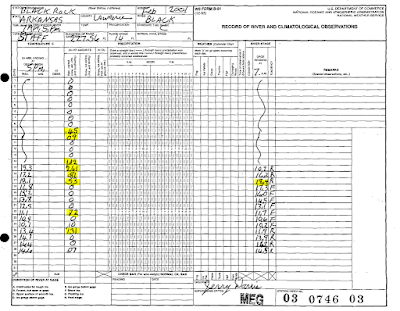 The 2000/2001 season was just one of the seasons I thought had similarities to our upcoming season. It also looks like 2008/2009 winter might have some similarities. Now, some of you just *gasped* because you instantly thought about the 2009 Ice Storm. Please remember that we are only talking about similarities in patterns, not absolutes!
While looking back at the 2008/2009 Winter, I see really cold air and little wintry events in December, just like the 2000/2001 Winter. I see the historic ice storm at the end of January, which most of us recall. Lastly, I see a big rainfall in the middle of February. Something else to note is a big snow at the end of the month in Pocahontas, but none in Jonesboro. I think I remember that one, too. Here's the climate logs from Jonesboro's 2008/2009 winter: 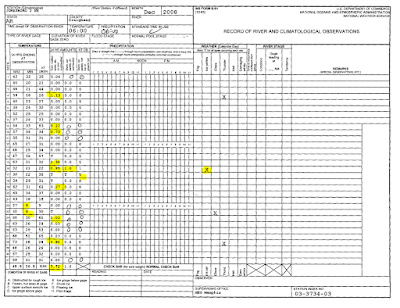 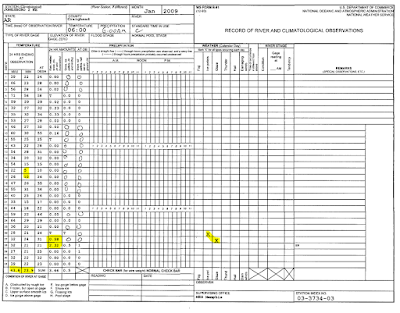 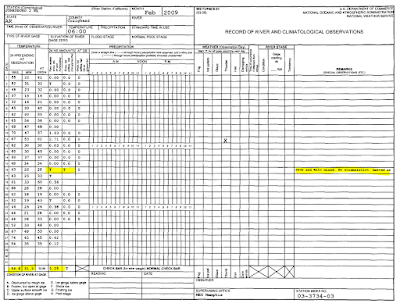 So, what's going to happen in Winter 2021/2022? After looking at all of this data (and much more), here are my bullet points for the Winter of 2021/2022:
Now, we sit back and watch! Don't get too worried about the ice threat. Even if we had the same magnitude ice storm of 2009, our infrastructure is so much better these days. I honestly don't think we will see an impact like the 2009 ice storm for decades due to trimmed trees and a stronger electric grid.
Enjoy!

Thanks. It is always interesting to see how weather predictions are formed. Either way, we'll know when it gets here, but it is nice to prepare, especially where the animals and possible disasters are concerned.

Love reading your blogs. You and your team do such a fantastic job of keeping us all safe.

Snow is always beautiful as it is falling and before it gets all dirty but the ice is another story. When ice is on the trees and the sun shines on them it is a beautiful sight.

Thank you, Ryan, for your blogs.