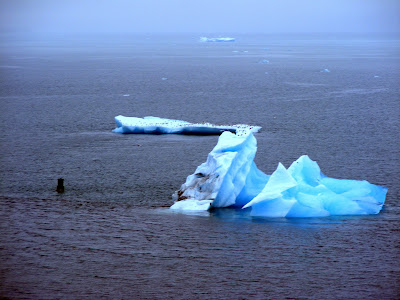 Tracy Arm might be the coolest place I have ever been! It's a Fjord in Alaska named after the Civil War General,  Benjamin Franklin Tracy. As we started getting close to the fjord, we started seeing icebergs in the water. They were BLUE, very BLUE. We were told that they are so blue because of the density of the ice. Everyone was out looking at the site. We were on the back deck with many of the people from our group. It made for great pictures! Here are a few that we took: 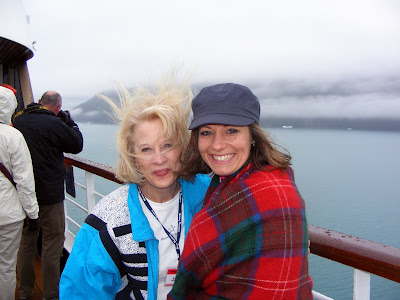 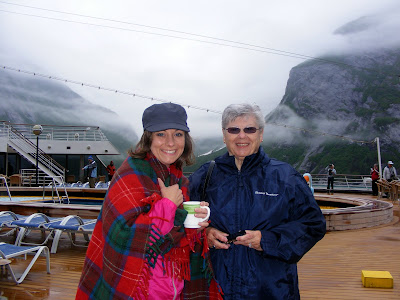 We also saw a lot of cool things in nature, including waterfalls... and Bald Eagles. Can you spot the Eagle in this first shot: 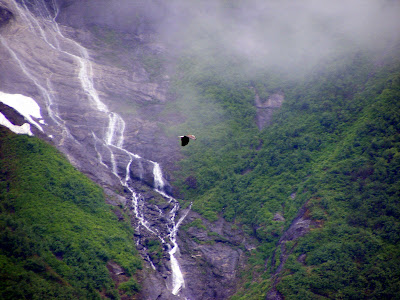 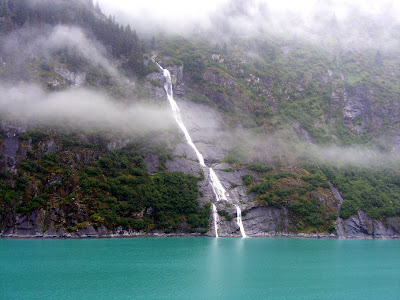 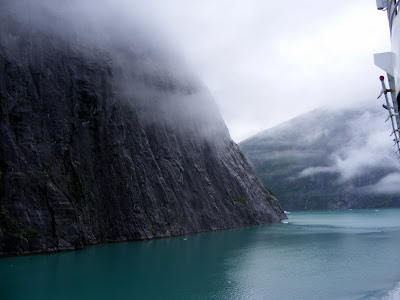 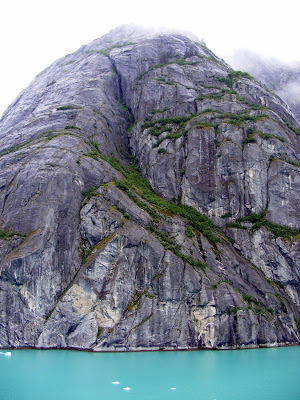 I have so many pics of this place, but will stop here. If you ever get the chance to go to Tracy Arm in Alaska, DO IT!!!

looks like you had fun bet you hate these Arkansas temps????

Ryan, I so loved and enjoyed all of your posts about your cruise. The pictures were just awesome. I'm sorry your clothes didn't make it but at least you did have some for the trip. I have never been on a cruise before, but would love to go on one someday. Glad you had a wonderful trip and made new friends. My husband used to drive an 18-wheeler over the road and has been all the way across Canada from one end to the other. Glad to have you back at work. You were missed. Oh, and I hate to see J-Lo leave, but understand. Glad we have someone local on there now. "WELCOME" Bryan to the KAIT8 Storm Team. I know he will do a great job and will make Caraway proud. Hey, he needs to do the weather live here on Saturday because Caraway is celebrating the 4th of July here on Saturday. Just a thought to put in your head. LOL.

Just thought I'd share this with you! I thought "Tracy Arm, now that sounds familiar...." and then I remembered I read your blog a couple of days ago! Glad you had a good, safe trip and missed out on this bit of excitement! http://www.news.com.au/travel/news/terrifying-tracy-arm-fjord-glacier-collapse-caught-on-film/story-e6frfq80-1226111569562