Update to the Almanac Blog

Here's an update to the Almanac Blog. Sandy Anders sent me this image from her Farmer's Almanac: 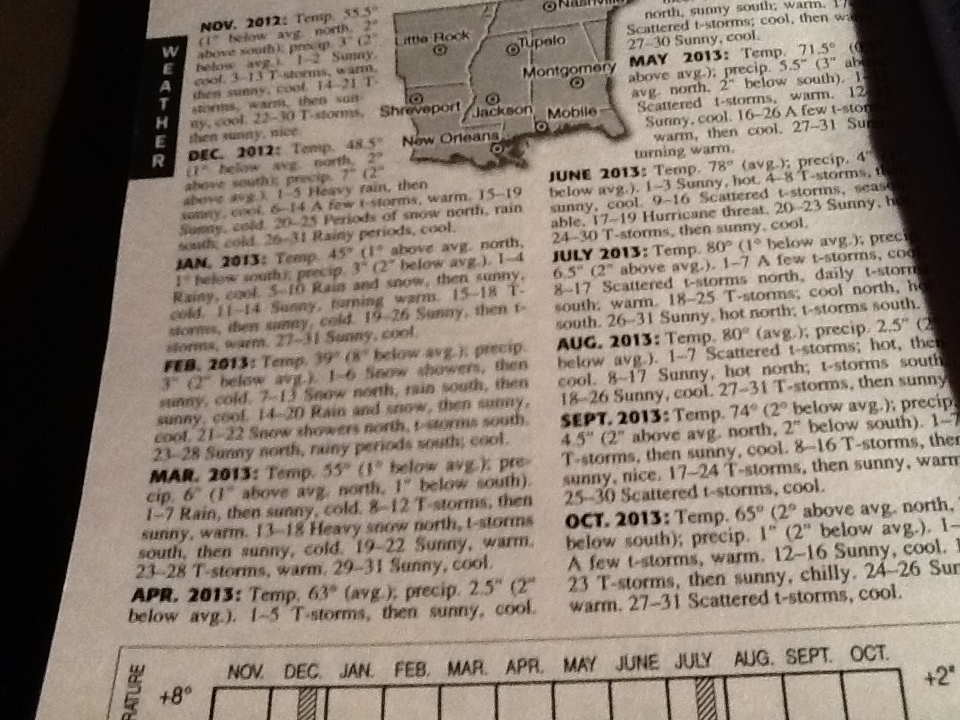 It snowed on March 21st. So, did the Almanac call for it? Well, the Farmer's Almanac is the king of being vague enough to be accurate. If your local meteorologist calls for snow by 3PM and it starts at 5PM, we get complaints. If we call for 3" of snow and we get 5", people complain. If the Almanac calls for snow somewhere between Fayettville, AR to Bristol, TN and was off by a week... people say it nailed the forecast. If you notice, it says "Sunny and Warm" during the period that it actually snowed. It also says that we should be warm right now. The temperature was 31 at my house this morning and we are 15 degrees below average.

Here's the deal. I don't hate the Farmer's Almanac. I'm just not a fan of people saying it is accurate. It's a publication based on climatology, large areas, and vague generalities.

It's good to use for average planting times, sunrise/sunsets, moon phases, etc. I would not plan a wedding on it though! :)

Thanks to Sandy for the pic of the page! I have been asking around for it!