Is This An Abnormal Summer?

A lot of people have been asking me if this summer has been "abnormal". We first must ask ourselves, "is there a such thing as 'normal' in weather"? Many times in our business, the words "normal" and "average" are used as synonyms. I'm guilty of using of using the word "normal" from time-to-time, but usually use the word "average". An average is what-it-is because there are higher numbers and lower numbers. Let's look at the rainfall in August over the past 5 years:

We have had measurable rainfall for the past 10 days, which has made us feel like the entire Summer has been wet, but actually, July's rainfall was below average... barely.

To see this graphically, here is the climate graph for 2013. First, here is a legend: 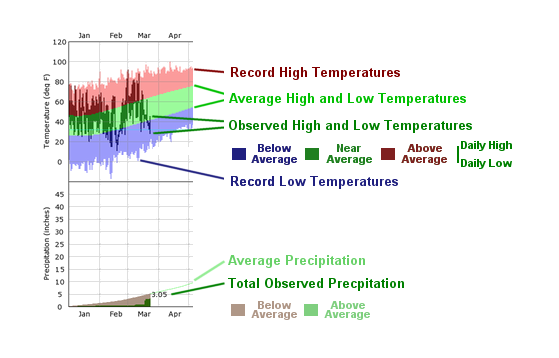 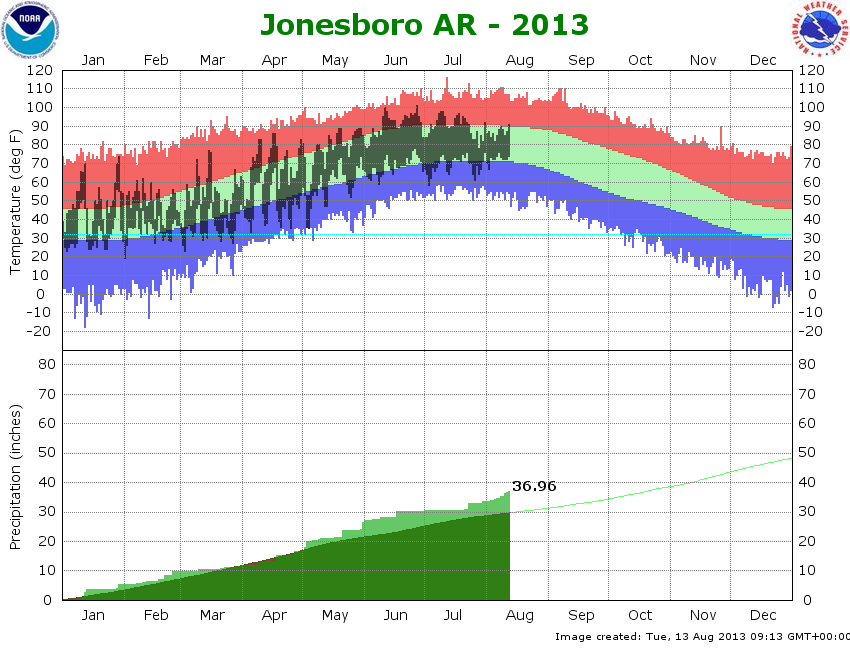 For those wanting dry weather, the rain chances are much lower today and almost 0% Wed-Fri. In addition, low humidity and sunshine will take over Region 8!

Have a great day,
Ryan
Posted By: Ryan Vaughan at 9:22 AM