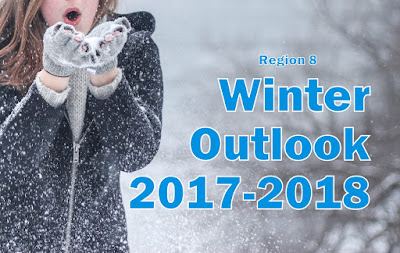 Yes, the title of this blog sounds scary, but we are going to be sandwiched in-between the warmer air to the south and the colder air to the north. The battle will take place over Region 8 and that may lead to more winter storms. Last year's forecast played out well, but I hope I'm wrong this year. As many of you know, I'm not a big fan of winter.

*SCROLL DOWN if you want to get straight to the outlook*

We often hear about La Niña and El Niño when it comes to the winter forecasts. This year, we see some signs that a WEAK La Niña is forming. However, there is a chance that we don't have either La Niña or El Niño this winter. I'm thinking we have more of a "cool neutral" where we aren't really in a La Niña or an El Niño pattern. If you recall from previous forecasts, this is determined on if we have warmer or cooler than average water off of the coast of South America at the equator. Here are the current seas surface anomalies: 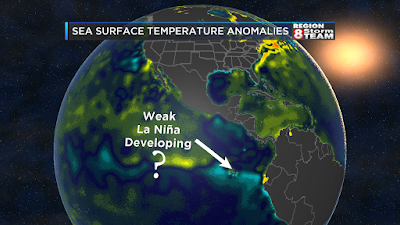 Taken what we have seen in the past, this is the pattern I'm expecting this winter: 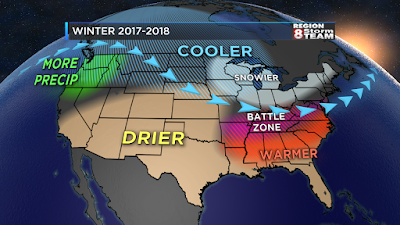 As many of you know, I like to look at the PAST to predict the FUTURE. I looked at some winters with similar patterns and decided to look at the 1967-1968 winter and the 2012-2013 winter. I'll admit that this year's winter outlook was a little more difficult. Anywho, let's dive in!

First, December of 1967 was a doozy! If you click on the image below, you can see that it was really stormy at the start of the month (12/2) with storms and high wind. At the end of the month, there was a winter storm with sleet, freezing rain, and snow. Region 8 was in the battle zone, with some days in the 70s and some days seeing teens and lower 20s: 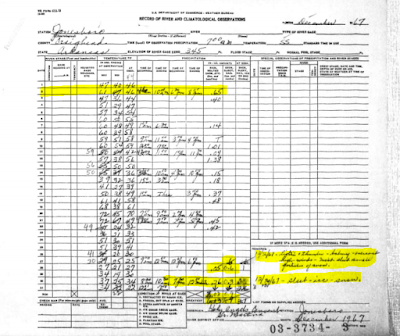 The weather did not settle down in January of 1968. The battle zone between the cold and the warm air continued! As you can see below, we had 9 days in the 60s, BUT we also had 6.8" of snowfall that month! 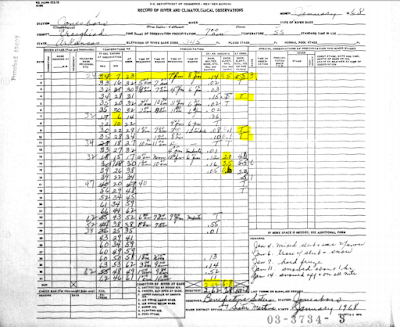 February was a little quieter. Temperatures did not fluctuate too bad in February of 1968, but we did have another 1" snowfall: 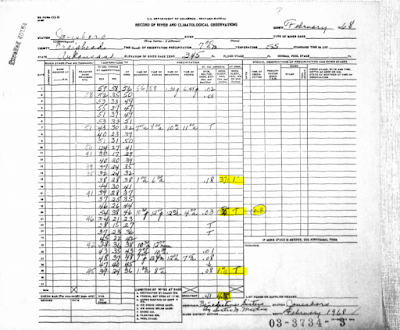 The other winter that I checked out was the 2012-2013 winter. I think most of us remember that winter well. It was the Christmas Blizzard. Now, I AM NOT SAYING WE WILL HAVE A BLIZZARD THIS WINTER. But, I'm not not saying it either. LOL. In all seriousness, December of 2012 was active. We had a few rain events. WE had flucuating temperatures with some days in the 60s and 70s... while other days started in the TEENS! Click to enlarge to take a closer look: 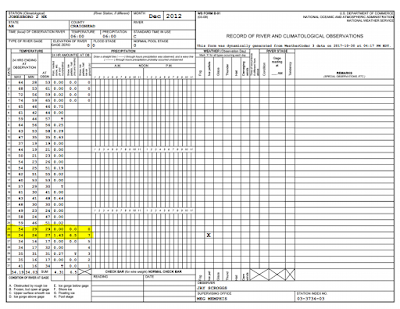 January of 2013 was not that bad, but we still had some BIG temperature swings. Lows would be in the TEENS one day and then highs would be in the 70s a week later! That may be the theme this winter, too: 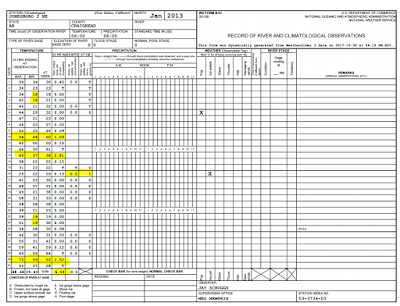 February of 2013 had one sleet/icing event. Just like 1968, the temperatures stabilized: 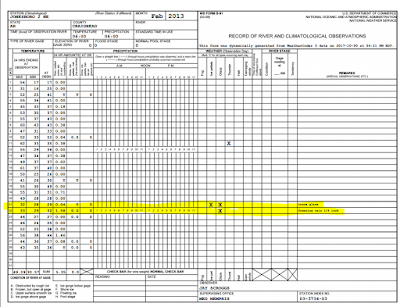 Just for fun, here are a few SPECIFIC predictions: