Something Between "Flurries" and "Snow"

As we have mentioned for a few days, something is set to come through on Monday, but the magnitude is still in question. I decided to look into the latest data this evening. Here are my thoughts right now:


While there are essentially two rounds of precipitation chances, it is still the same storm system. Most data suggests a "lull" in the early afternoon, as the storm moves south.

Let's dig into some data. The short range HRRR shows snow in our northern areas on Monday morning: 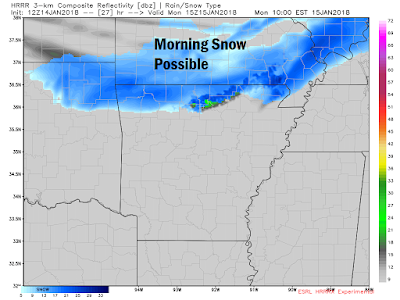 In the areas you see above, we could have a quick coating on the roads. We could even squeeze out 1" of snowfall. As the system moves south, most data has the activity die out to just flurries: 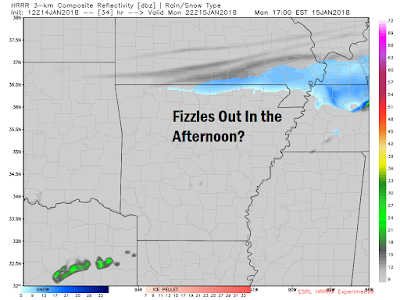 While it is only flurries, they will stick. Slow down a little, just in case. THEN, most data has the band of snow re-firing SOUTH of Region 8 around midnight: 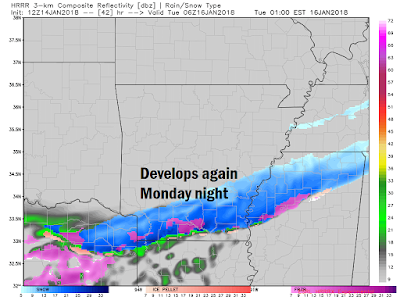 So, how much snow could we see? There's a lot that goes into this, but the Euro and GFS are showing decent snow to the north and south, but many areas of Region 8 may just see flurries. Here are two models outputs: 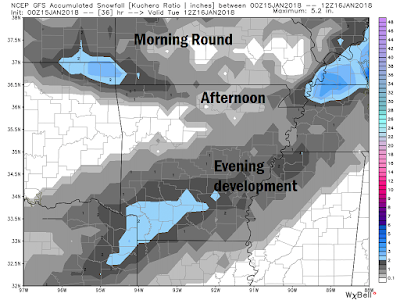 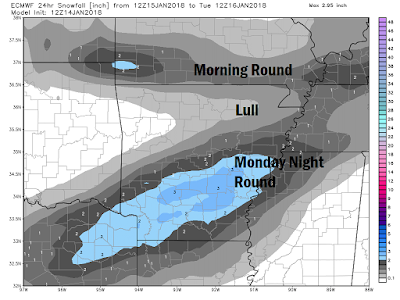 It's a tricky forecast, but one we will watch. Remember, ZERO to 1" is the forecast. Some will see nothing. Some may do some weak sledding.

Have a great night!
Ryan
Posted By: Ryan Vaughan at 11:21 PM

Thank you for your hard work dedication.

Thanks for the update, Ryan! �� Up here in Caruthersville, Mo, there’s still such a thick layer of sleet/ice on the ground, we could really use a little snow to give us some traction! Lol Have a blessed day & keep up the awesome work!!