There has been a lot of chatter about the snow chances LATE tonight into Saturday morning. If you recall, we have been talking about this possibility for a wintry mix for almost a week. This is extremely rare for Region 8. In fact, it's been 25 years since snow officially accumulated in Jonesboro in the month of April. Even on that day, it was just a "trace". That's why it's hard for me to be too worried about any problems tomorrow morning. BUT, here are my bullet points on this Friday afternoon:

First, let's flashback 25 years to 1993. This is the last time that we had an official accumulating snow... and it was only a trace: 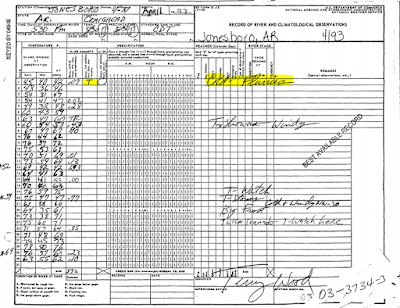 In the history of weather records, Jonesboro has never had more than a trace of snow recorded in April. Here are the years:

Even in the northern parts of Region 8, Poplar Bluff has only recorded a "trace" of snow in April. We MIGHT see a record broken there tomorrow with 0.50" of snow:

If you look at the average snowfall across the region in April, it's not that impressive. 0.20" is the highest in NW parts of Arkansas, SW parts of Missouri: 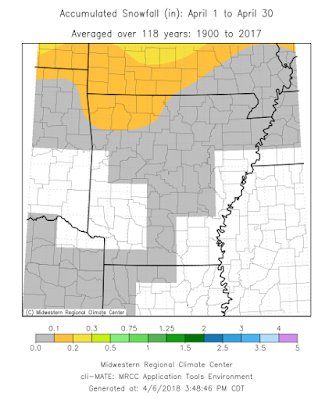 In other words, the likelihood of accumulating snow in April is very low. The models are all showing some snow, I just don't think it will stick well. Here are 2 models showing wintry mix tomorrow morning: 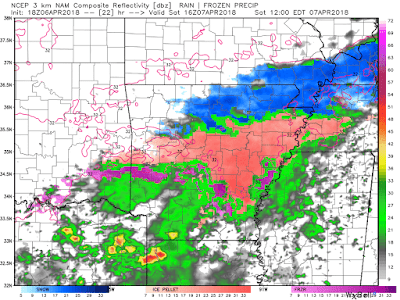 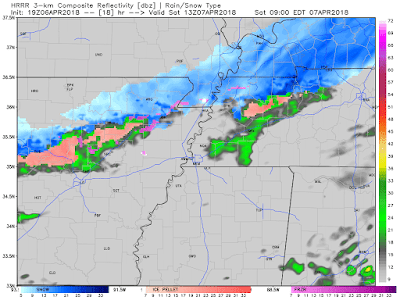 Generally speaking, I think we will see a dusting on grassy areas from Jonesboro northward. Roads will be fine.

Here are what several models are showing for accumulation. It typically don't show all of them on the blog, but I wanted you to get an idea of the general trend. 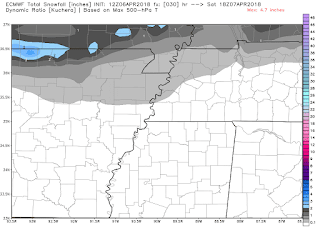 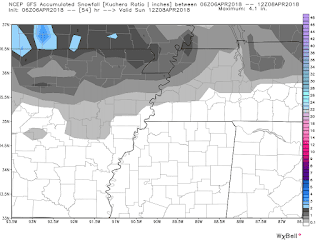 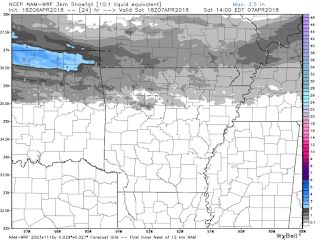 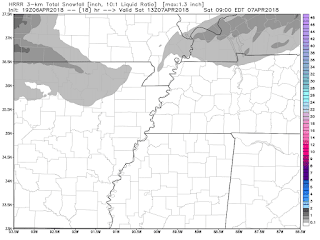 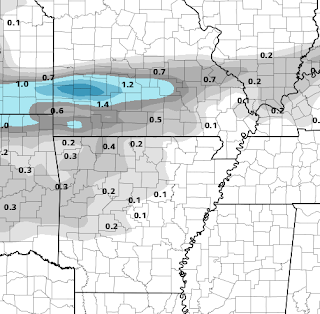 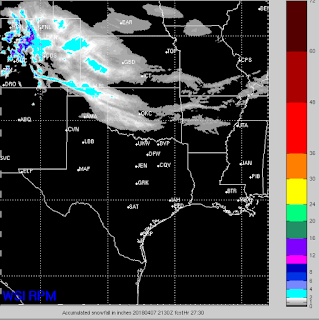 We will continue to update you on new data tonight and tomorrow.

wow, it's april and it's really snowing there?