Will This Be The COLDEST April on Record? 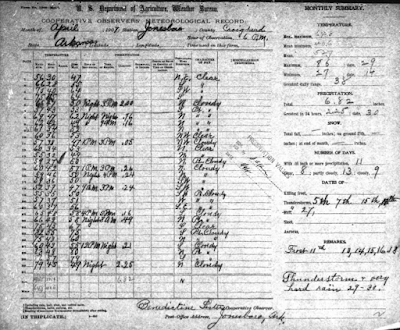 April of 1907 was an odd April for Jonesboro. We had 6 days with frost, with the latest on the 18th. On 10 of the days, we never even hit 60° for the high temperature. It was kind of wet and gloomy and areas north of us were still experiencing snow. As you can see from the map below, the entire state had below average temperatures: 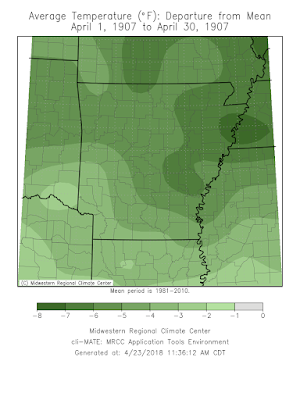 So far, April of 2018 has been even colder! That's right, we are currently experiencing the coldest April since 1907. Therefore, we are on track to have the coldest April on record in Region 8! Take a look at the same map, for this month, so far: 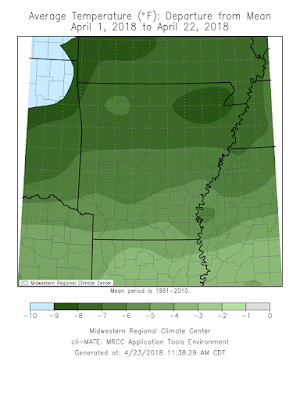 I pulled the latest data this morning for Jonesboro and we have an average monthly temperature of 51.8°. That's 6.9° BELOW average: 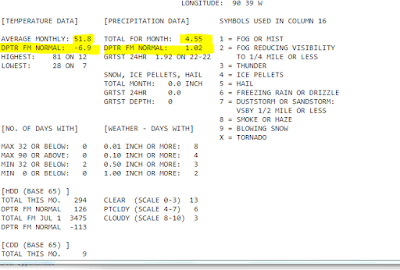 Here are the TOP 10 coldest Aprils in Jonesboro: 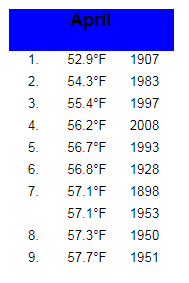 I know some of you are wanting to make a correlation to the summer forecast, but let me caution you to NOT DO THAT. I'm planning on digging into the summer outlook soon. Let's get to the end of April before we dive into that task! I will leave you with this... July of 1907 was above average on temperature in some parts of Arkansas: 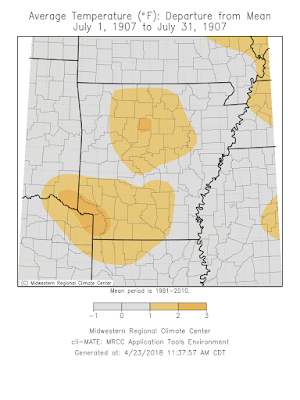 Have a great Monday!
Ryan
Posted By: Ryan Vaughan at 11:54 AM