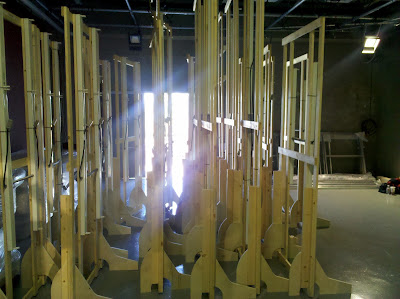 I have been banned from showing any pics of the the new set, but it is built and the lighting experts are here this week to position the lights. The picture above was one of the only pictures that I got approved to show on the blog. It's "part" of the set being delivered before they built it. I also took a picture of a part of the storm center desk... 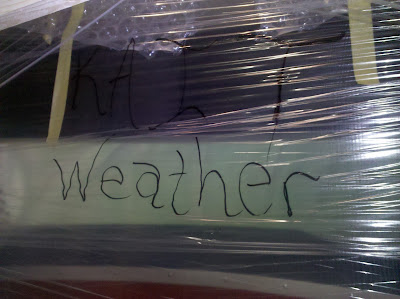 I'm sorry that I can't show more, but we want it to be a surprise. When we debut it, I'll give you some "behind the scene" shots as it was being built.

The designers of the new KAIT set have built sets in Los Angeles, Atlanta, Orlando, Pittsburgh, Nashville, and even Fox Sports! You are going to be impressed.