The leftovers of Isaac made for an eventful day on Saturday in Region 8. When I woke up in the morning and saw the data, I really became more concerned with the threat of severe weather. Bryan, my boss, and I got together to discuss the potential for tornadoes and had a plan in place and the team at KAIT behind he scenes did an awesome job! I can't say enough about how nice it is to have people in the background gathering info, putting pics and video on air, and gathering and filtering reports. So glad that we had no injuries or deaths! The tornado warnings first started in Missouri, just on the fringe of Region 8. The threat then ramped up on a storm that was moving into Clay County. Here was the radar image, click to enlarge: 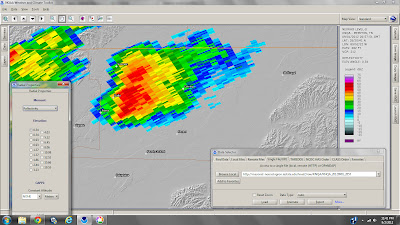 This was in a very bad location when it comes to radar. There is an area around the radar where it can not determine the velocity of the winds too well. This is called range folding and the radar shows this undetermined area in purple. Look close though and you can see the rotation: 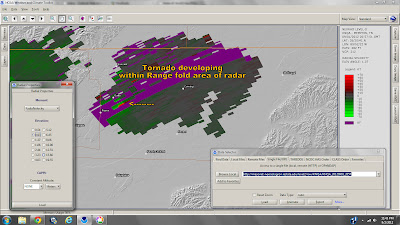 Here is a pic sent in on The Loop: 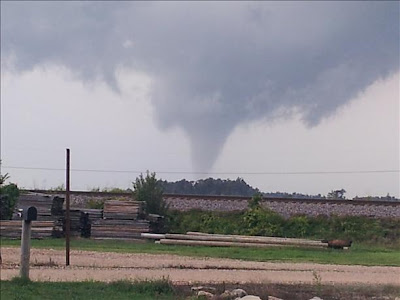 Here is the damage in Corning from Jay Malone of http://www.jaysphoto.com/ that correspond to the radar images. Due to aircraft and ag equipment, damage estimates are going to be over $5 million: 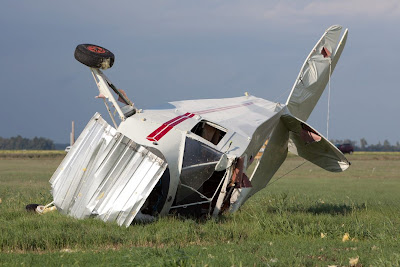 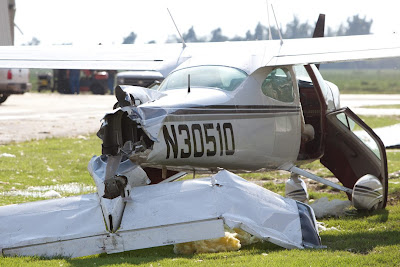 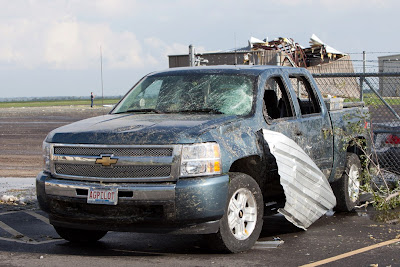 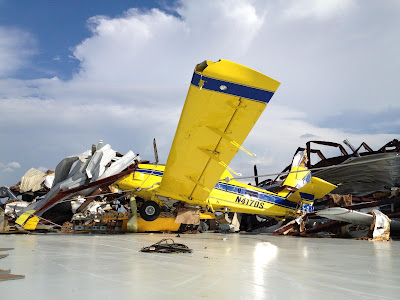 Our attention next went to Greene County with this storm. It had a rotating wall cloud as it went down Hwy 358. Remember, winds away from the radar are red and winds toward the radar are green. See the rotation: 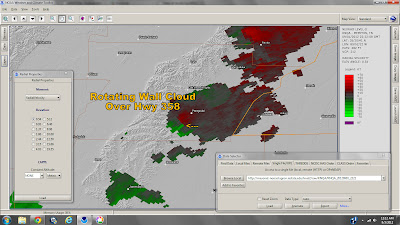 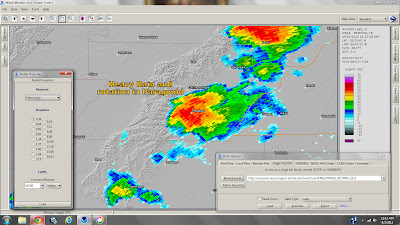 Thanks to our SkyCAM on top of AMMC, we had a look at this storm and knew it was not producing a tornado, yet. Also, I had several friends that were giving me reports from this area. That was very helpful! Also, as the storm was exiting, it produced two funnels. We're unsure if they touched down, but some damage was reported. These are the funnels that Region 8 Storm Chaser Trevor Gramling was on air talking about... 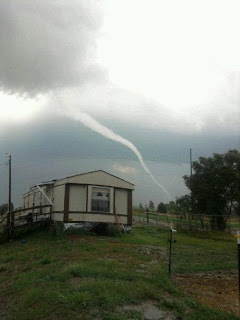 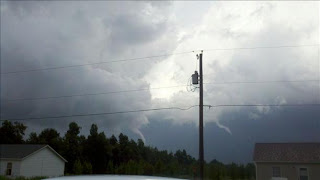 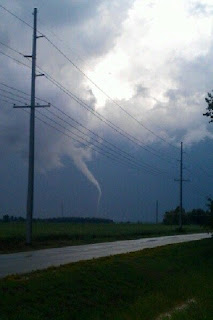 Here was the radar image at that time: 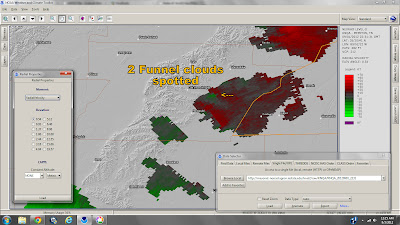 Finally, this storm went into the bootheel and produced a tornado. Here is the radar image and the video to correspond to it: 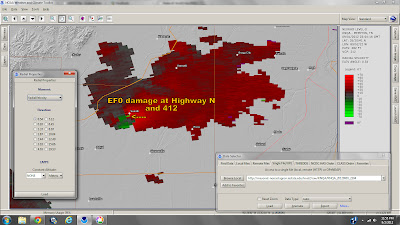 This storm continued moving NE and we had instant pics via Twitter. I loved the use of Social Media for this event!

Look at many more pics of the storms here: http://theloop.kait8.com/Home.aspx

NEA and SEMO have the best people you can ask for looking after them in the KAIT8 Storm Team. You couldnt ask for better meterologist and people than Ryan,Bryan, and Sarah. We are also very lucky to have the weather watchers,spotters,chasers,policemen....ect to help KAIT8 do the best job they can in preparing and warning the public. If we all continue to work together it will make region8 as safe and possible. Great job as allways. You all make this a better region 8. Jason Hampton