For months, KATV meteorologist Todd Yakoubian and I have poked fun at ARDOT for being the LAST state in the United States to provide highway traffic cameras to the public. Most of these jabs have been done on Twitter and were mainly done to joke around with our friends at AHTD. They finally launched the cameras yesterday on their iDriveArkansas app. The cameras that have been installed look GREAT! The streaming video looks GREAT. The user interface looks GREAT. But...

WHAT ABOUT NE ARKANSAS???

If you look at their app, you will see a lot of cameras in central Arkansas: 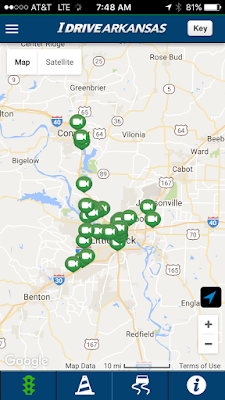 You will also notice several cameras in NW Arkansas: 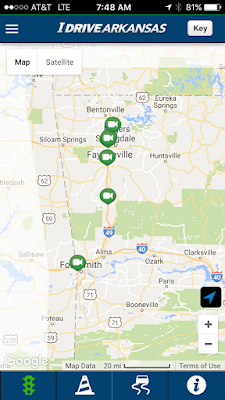 And there are a handful of cameras across other parts of the state, but what about NE Arkansas? Well... there's not much. In fact, the one camera in Region 8 launched as "temporarily unavailable"(UPDATE: This camera is now online): 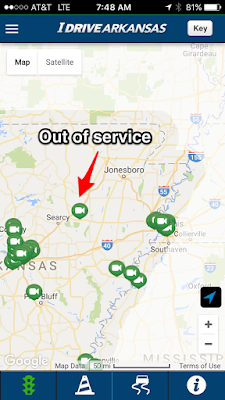 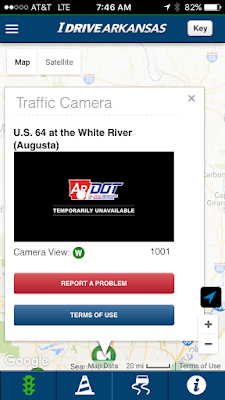 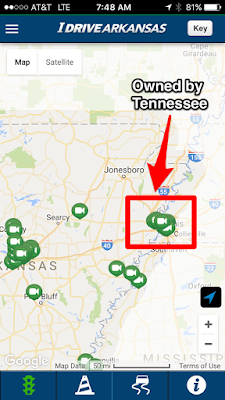 Am I complaining? Yes. We pay taxes, too. There should be AT LEAST ONE camera on I555. I hope plans are in place to add cameras to the Jonesboro area soon.