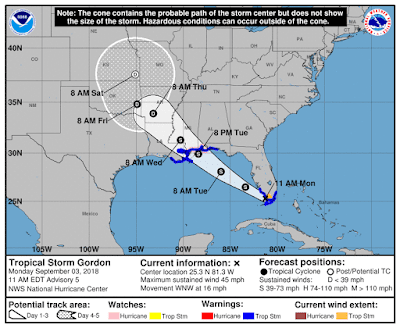 I'm going to start giving daily updates on Gordon on this blog. I'll start out with some simple bullet points and then dig into some maps/data. I may do 2-3 updates per day, depending on any changes. First off, here are the latest bullet points:


OK, let's dive into some data. I want to show you the best and worst case scenario. As a farmer, you want to cheer on the "European" model. It's the model that is typically most consistent and it gives us much less rainfall! Notice, it keeps the track and heaviest rainfall away from Region 8. Here's the storm total from the Euro. Yes, it shows less than 1.00" of rainfall for most of Region 8: 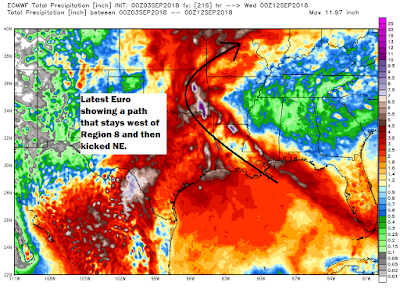 The NAM model also keeps the heaviest rain AWAY from Region 8 through Thursday (it only goes our so far): 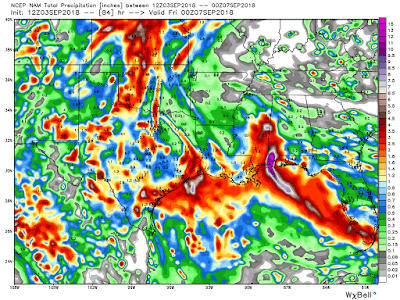 At this time, the GFS model looks the worst. It has the center of Gordon coming right into Region 8. This would be bring 3-5" of rainfall to Region 8 through the week. It would not all come at one time, so it would not be a "flash" flooding issue: 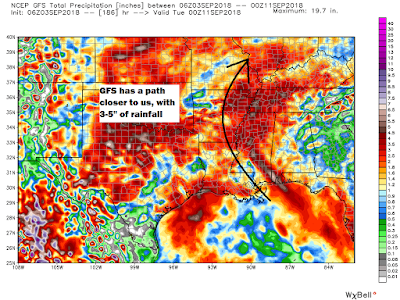 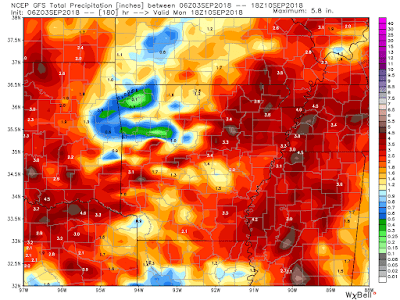 So, if the GFS is right, the wind threat would be a little higher, but still NOTHING like Ike was a few years ago! Here are a series of images showing where the latest GFS puts the center. The blue on the map are the 15-25 mph winds. Notice how the winds decrease as it moves in: 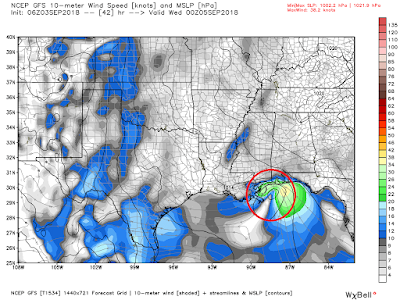 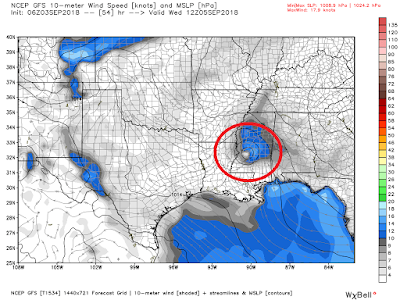 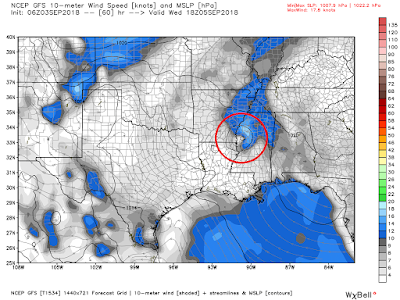 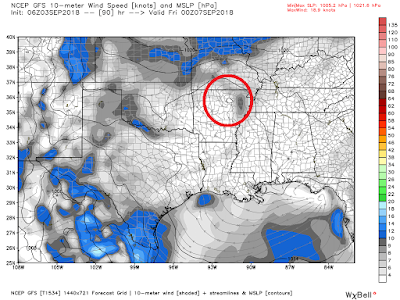 And finally, here's the forecast rainfall amounts from NOAA. As you can see, they are also leaning towards the "Euro" like me:

There are still a lot of questions with this storm! We will continue to keep you updated!